The Young Lives Foundation is a leading charity with a team of passionate and experienced individuals with knowledge and skills to support the success of the charity.

The charity is led by our Chief Executive Officer, Stephen Gray, who has responsibility for managing the charity and its activities. 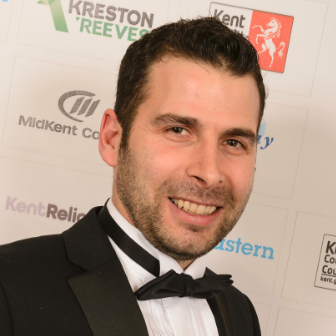 Stephen has spent all his professional life in the education and social care sector. Following his graduation from Kingston University in 2001 gaining a BSc Hons in Psychology and Sociology, he worked as a Youth Worker and Advocate for looked after children. Gaining a post-graduate Diploma in Management Studies with the University of Kent, he took on more senior management responsibilities and co-founded YLF in 2007.

Stephen enabled the charity to achieve successful external accreditation’s, such as Investing in Volunteers, and stepped up as CEO with overall responsibility for the charity in November 2012. Since then, Stephen has led the charity through a period of continuous development and improvement, managed the successful re commissioning of local authority contracts, launched new services and introduced a Fundraising Strategy to ensure the charity is sustainable and can continue making a difference to children and young people across the South East.

Stephen is an acting Trustee of the National Appropriate Adult Network and an FA registered Football Coach, volunteering in children’s football.

Stephen has led the charity in achieving the Kent Children’s Charity of the Year Award and The Queen’s Award for Voluntary Service, the highest accolade a voluntary organisation can receive.

The Young Lives Foundation (YLF) is fully committed to promoting equality of opportunity and valuing diversity, both as an employer and as a provider of services for others. YLF recognises and accepts the moral and legal obligations to treat everyone equally and fairly and will take all reasonable steps to ensure that the charity does not unlawfully discriminate against anyone on the grounds of a Protected Characteristic – gender, pregnancy, age, disability, marital status, race, nationality or ethnic origin, sexual orientation, caste, political or religious beliefs.

“YLF isn’t just a place to work, it’s a way of life. Working here has developed my professional and personal skills. I am grateful for the support and guidance I have received to help me with my degree.” Emilie, Communications Officer

“I have really enjoyed my first few months at YLF and all the staff have been very supportive and welcoming. I very much look forward to continuing the work I have started with this brilliant charity.” Lucy, Appropriate & Accompanying Adult Coordinator

“Working for YLF as an Advocate is an absolute joy and I know I’m lucky to get up and do this every day.” David, Advocate

Let us introduce you to our Patrons, Trustees, President and Ambassadors

Check our recruitment page for current vacancies to join the team

Meet our Partners and Supporters who help to provide our services