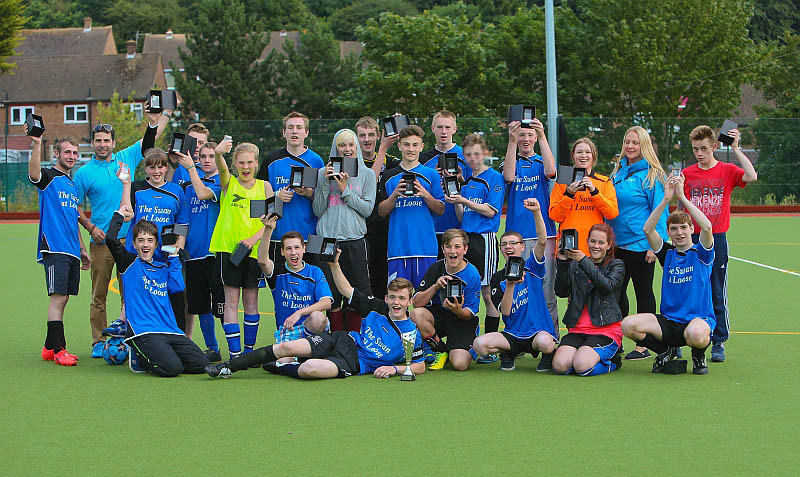 strawberries and cream and….

superb supporters made for a hugely successful evening!

The sun was shining and the supporters were out in force for the annual football match between children in care and Medway Council’s social care professionals. Strood Academy once again proved to be the ideal venue for our annual event.

Clearly the young people were better prepared than their opponents and our guest referee, Tracey Crouch MP, ran a tight ship ensuring the social care staff played by the rules!

After a friendly line up and handshakes the gloves were off and it was all to play for!

The Children in Care (CiC) started off very strong but were met by a determined defence!

It wasn't long however before the ball was in the net…1 nil to the CiC!

The 90 minute match was full of thrills and spills with plenty of goals from both teams, but as the final whistle blew it was the CiC who were this year’s victors!!! Winning 7:5!!!

Councillor O'Brien and Barbara Peacock presented the young people with individual trophies and Paddy, captain this year, lofted high and with pride the annual cup to the winning team to rapturous applause.

Amid the celebrations 3 representatives from the Children in Care Council (CiCC) summed the evening up;

“I have met so many new people tonight including Council workers and young people. It felt like a really special occasion and I was proud to take part and represent the CiCC.” Tiff aged 16

“I’ve had so much fun and I don’t even like football!" Courtney aged 16

“The football was great and it was so good to see so many social workers playing and supporting the CiCC.”  David aged 18

Thank you to everyone who supported the event this year, particularly those who played and supported on the evening itself!!