Faris and his friends got stuck into a hearty cooked breakfast and then into some funky fencing!!!

After a lil health n safety talk we donned the fencing gear, complete with mask, gloves and torso protector - and then unbelievably were trusted with real swords!!!

To shouts of touché!!! The group went into combat!! Sophie went up against Orion and said "It was hot but a lot of fun!! It's the first time I have ever done this - it's great to try new things!!"

Faris added "I really liked being able to battle my mates without getting told off for it!!!"

Despite the rain - we carry on and spirits are not being dampened!! 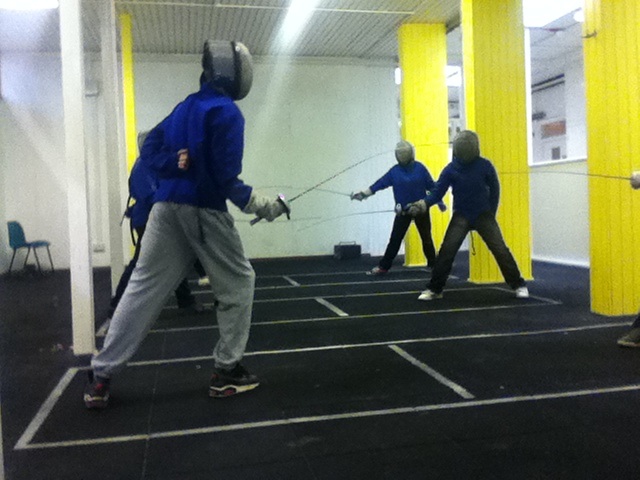