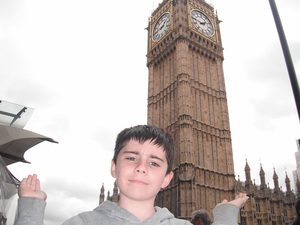 Justin aged 9 was invited by Roger Morgan, Children’s Rights Director to join 12 other young people in care from the South East, at the Houses of Parliament to give their views to Lisa Nandy, Shadow Children’s Minister.

After a guided tour of the House of Lords, (Sir Alan was not there so we were not told “You’re Fired!”), the Queen’s private dressing room and other historically important rooms, the young people were given a business lunch and asked their opinion on the subjects of being in care, placement, education, IROs and Independent Visitors.

Our delegate said that he was able to comment on the question of education as it is a priority for him. He thought that, “Lisa the MP was nice and she made the questions fun” but the most interesting part of the visit was how well the workmen are repairing the 120 year old floor tiles of the Westminster Hall!