With the theme this year being loneliness we have created a Mindful Route around Maidstone town centre and the riverfront, bringing residents together to take a step back in time, learn about the history of our town and to discover some top mindful tips to care for your mental health along the way.

The route is free to download (below – coming soon) and is available for the whole of May.

So, call your friends, colleagues, neighbours, pets and loved ones – it’s time to don your shoes and get walking for #MentalHealthWeek!

Don’t forget to tag YLF and MIND into any photos you snap along the route – we would love to see you all joining in and hear about your experience!

Some of our Mindful Route Stopping Points...

George Bishop, a native of Maidstone was a young man when the final Gin Act was introduced. A keen businessman and distinguished distiller he chose to excel his knowledge and in 1774 travelled to Holland to acquire the art of distilling the celebrated Schiedam gin. On his return to England he was determined to set up the industry in his home town of Maidstone and produce a spirit of the highest quality. Not put off by the changing laws he personally lobbied government, arguing that the spirit should be produced in a controlled and regulated manner, and that a quality UK product would prevent smuggling. So effective was his persuasion that an Act of parliament decreed George Bishop could distill Maidstone geneva (gin)and not pay certain duties.

By 1785 George Bishop had built a new distillery, an impressive building which dominated the Maidstone skyline. George also served as mayor in 1778 and 1787, and together with his family contributed richly to the community of Maidstone. In the years that followed, Maidstone Gin would become important on both the national and international stages. The Distillery at Maidstone gained significant notoriety. By 1803, it was renowned for producing one of finest Gins of all Europe, referred to as Maidstone Gin or Maidstone geneva. Today the Maidstone Distillery work hard to continue this legacy through distilling their own award-winning Gins.

The Hazlitt Theatre is one of the main theatres in Maidstone, Kent. It was named after William Hazlitt, the famous essayist, who was born in Maidstone in 1778.

It opened in 1955. It presents a varied programme of professional drama, comedy, music etc.

Fremlin Walk Shopping Centre which opened in 2005 was built on what was previously known as Fremlin’s Brewery. The brewery closed to brewing in 1972 and the existing building was used as a bottling depot before closing entirely.

The arch entrance and clock located on Earl Street is part of the original structure from Fremlin’s Brewery. However, there are still many reminders of the site’s past. For example, the management office buildings bear the original gold elephant weathervane. Many artefacts from the original brewery are on display at the centre as well as in Maidstone Museum.

Fremlin Walk Shopping Centre also is home to Havoc Square which was created to commemorate Havoc Lane which was a historical street in Maidstone. As, following the Battle of Maidstone in June 1648 defeated Royalist troops, made for St Faith’s churchyard opposite Havoc Square.

In aid of Mental Health Awareness Week, we are launching the Fremlin Walk Buddy Bench. The bench will be located at the top of Earl street stairs.

The bench is being provided by Fremlin Walk management team to offer a safe place to take a moment out of your day. For those that need extra support, help will be available via our Buddy Bench QR code and the centre management team. To remind you that you’ve always got a friend in Fremlin.

When he died in 1855, Dr Thomas Charles of Maidstone left his library, art collection, and antiques to the town. He asked his executors to, “make such arrangements as they should think fit for the permanent preservation thereof in the town of Maidstone, and the same to be called the Charles Museum.”

Following the Ewart Act of July 1855, which provided for the establishment of libraries and museums in towns and the provinces, Maidstone Council set about establishing ‘a museum worthy of the county town of Kent’. The Charles collection remained at Chillington Manor, Dr Charles’ former home, and the Council agreed to rent the building for a year while the collection was catalogued.

Unfortunately, Chillington Manor was in a bad state of repair and it was felt that it wouldn’t make a suitable building to house a museum. However, following a change of heart, the Council authorised the purchase of the building in 1856 for £1,200 and provided an additional £300 for repairs. On January 20, 1858 the museum opened as the Charles Museum, making Maidstone Museum one of the first local authority run museums in the UK. Mr Edward Pretty, a friend of the late Dr Charles, was appointed as the first curator in the September.

The riverside was once a hive of industry. Local ragstone was shipped down the River Medway to build the Roman wall of the City of London, and later the Tower of London.

After 1739 upriver navigation was enhanced to enable Maidstone to trade with the whole of the Weald. River traffic was still considerable in 1900, but as roads improved river transport went into terminal decline.

Today, the River Medway is used for recreation and visitors can enjoy the beautiful scenery on board a river boat.

Now an exclusive shopping arcade, the Royal Star was once Maidstone’s leading hotel, frequented by the gentry during the town’s Georgian heyday. Princess Victoria stayed here in 1836.

The following year, on winning his first seat in Parliament as the town’s MP, Benjamin Disraeli addressed the electors from the hotel’s balcony overlooking the Town Hall on the High Street.

Thank You For Supporting Us 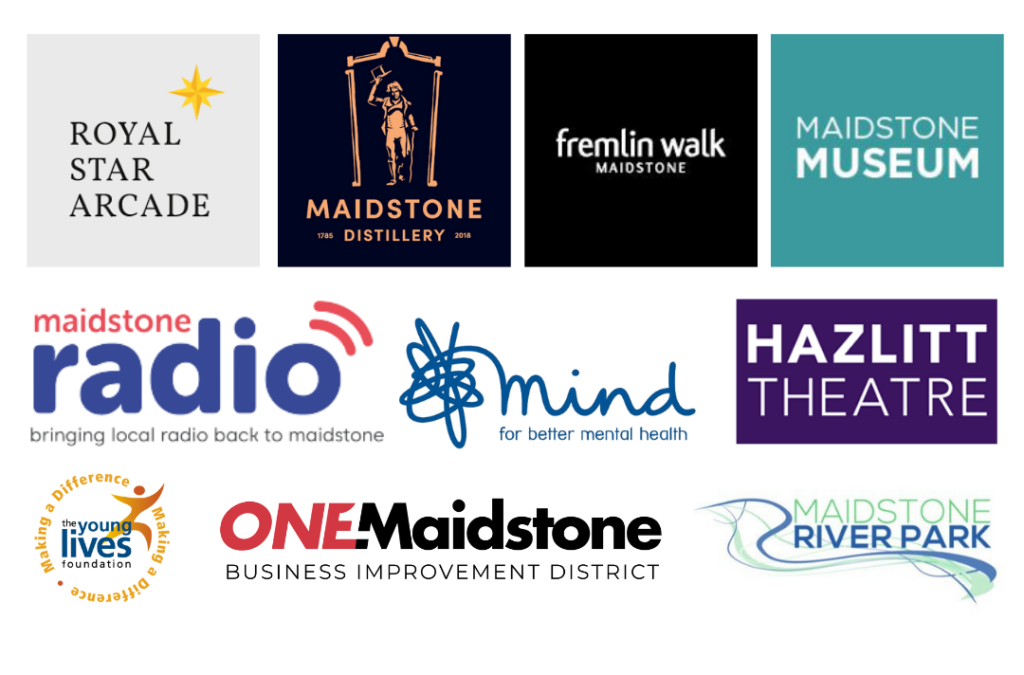