We are delighted to announce that YLF has been officially awarded Kent 'Children's Charity of the Year'!

YLF has received recognition as Kent ‘Children’s Charity of the Year’ at a glittering gala hosted by the Kent Charity Awards on 13th June. 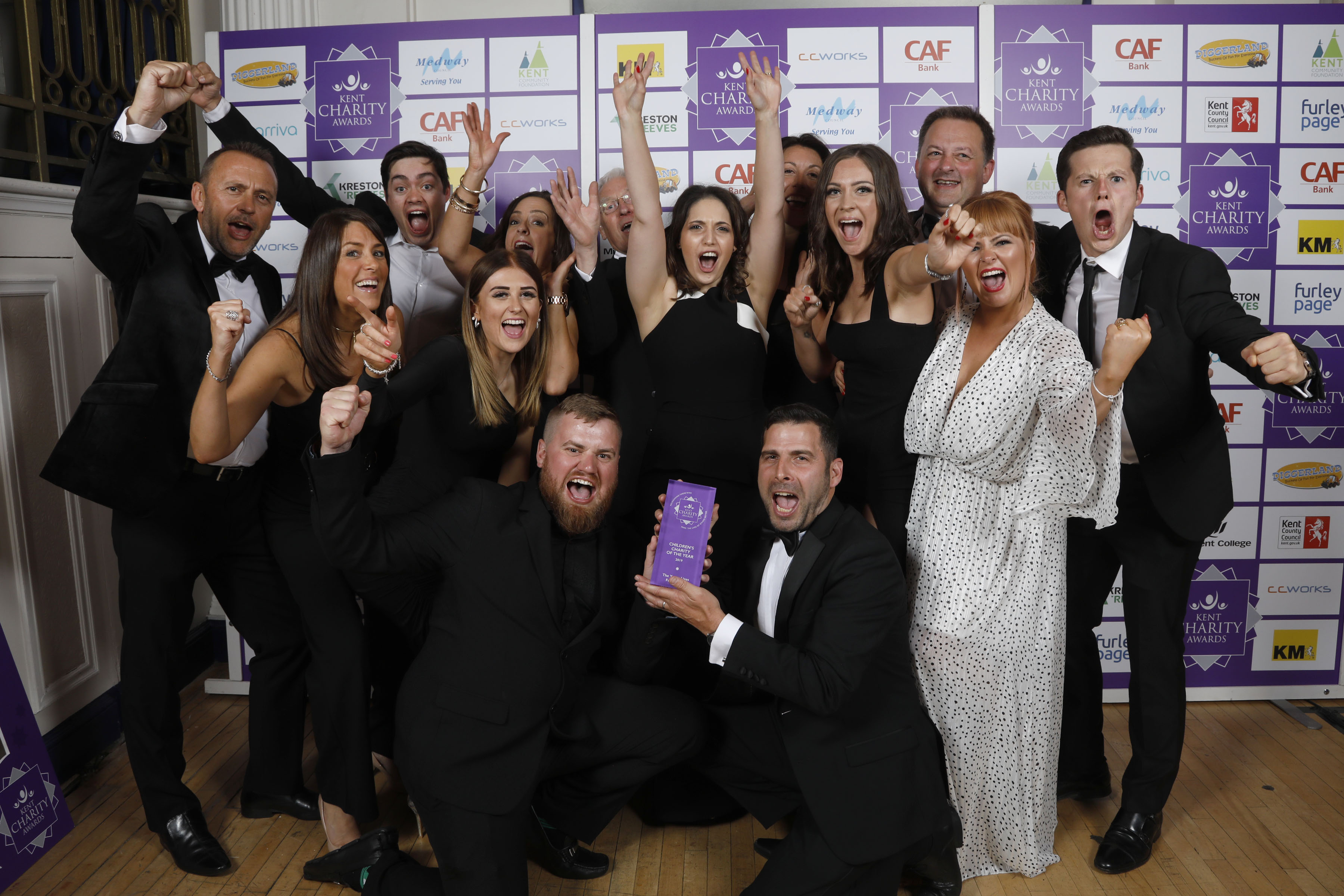 As a finalist in this year’s awards, it was a pleasure to be invited along as a team to the gala dinner at Leas Cliff Hall in Folkestone which gathered nearly 300 representatives from Kent’s charitable sector.

YLF were in the run-up of the Children’s Charity of the Year award category, which had tough competition from East Farleigh’s Dandelion Time and disability help group, We Are Beams. There was a mixture of emotion and excitement around the table as our name was announced as Winner! we were over the moon to receive such recognition!

On winning the Award, Stephen Gray, CEO, said: “My team work incredibly hard all year long, often in challenging circumstances, so each and every one of them, paid or voluntary, deserves this recognition. I am feeling very proud to lead them on the next leg of the journey. Thank you to everyone at Kent Charity Awards for a wonderful evening.”

The YLF staff and 230 strong volunteer team work hard to support more than 3,500 vulnerable people every year – volunteers alone give over 34,000 voluntary hours per year to improve the lives of young people. So this award is incredibly valuable to us, and we are very proud to be honoured it.

We have received some wonderful feedback from our supporters, thank you for your comments:

“Absolutely brilliant. My warmest congratulations, respect and admiration to you and the team for all that has been achieved. The recognition is well-deserved.” Adrian Speller, YLF’s Founding CEO.

“So well deserved and proud of all of you, well done to everyone concerned, a fabulous recognition at last!” Clive Emson MBE, YLF President

“I’m so proud of YLF for winning the Children’s Charity of the Year at Kent Awards last night. Amazing team doing awesome work with young people across Kent. I’m honoured to be an Ambassador!” Ben Towers, YLF Ambassador

“I’m incredibly proud to be an Ambassador for this life changing charity who have won Children’s Charity of the Year! The whole teams hard work and dedication is testament to the lives they change everyday.” David Jenkin, YLF Young Ambassador

“Definitely well deserved.. they have done so much for our family!” Steve, YLF beneficiary

“Feeling so proud and pleased that YLF has had this recognition. A massive well done and thank you to everyone for all the fantastic work you do. Feeling blessed to work alongside you!” Kelly Sans, YLF Mentoring Coordinator